The characters and events in this book are fictitious.

Any similarity to real persons, living or dead, is coincidental and not intended by the author.

Cover design by Will Staehle

Hachette Book Group supports the right to free expression and the value of copyright.

The purpose of copyright is to encourage writers and artists to produce the creative works that enrich our culture.

The scanning, uploading, and distribution of this book without permission is a theft of the author’s intellectual property.

If you would like permission to use material from the book (other than for review purposes), please contact [email protected]

Thank you for your support of the author’s rights.

Little, Brown and Company is a division of Hachette Book Group, Inc.

The Little, Brown name and logo are trademarks of Hachette Book Group, Inc.

The publisher is not responsible for websites (or their content) that are not owned by the publisher.

The Hachette Speakers Bureau provides a wide range of authors for speaking events.

Praise for The Song of Achilles

WHEN I WAS BORN, the name for what I was did not exist. They called me nymph, assuming I would be like my mother and aunts and thousand cousins. Least of the lesser goddesses, our powers were so modest they could scarcely ensure our eternities. We spoke to fish and nurtured flowers, coaxed drops from the clouds or salt from the waves. That word, nymph, paced out the length and breadth of our futures. In our language, it means not just goddess, but bride.

My mother was one of them, a naiad, guardian of fountains and streams. She caught my father’s eye when he came to visit the halls of her own father, Oceanos. Helios and Oceanos were often at each other’s tables in those days. They were cousins, and equal in age, though they did not look it. My father glowed bright as just-forged bronze, while Oceanos had been born with rheumy eyes and a white beard to his lap. Yet they were both Titans, and preferred each other’s company to those new-squeaking gods upon Olympus who had not seen the making of the world.

Oceanos’ palace was a great wonder, set deep in the earth’s rock. Its high-arched halls were gilded, the stone floors smoothed by centuries of divine feet. Through every room ran the faint sound of Oceanos’ river, source of the world’s fresh waters, so dark you could not tell where it ended and the rock-bed began. On its banks grew grass and soft gray flowers, and also the unnumbered children of Oceanos, naiads and nymphs and river-gods. Otter-sleek, laughing, their faces bright against the dusky air, they passed golden goblets among themselves and wrestled, playing games of love. In their midst, outshining all that lily beauty, sat my mother.

Her hair was a warm brown, each strand so lustrous it seemed lit from within. She would have felt my father’s gaze, hot as gusts from a bonfire. I see her arrange her dress so it drapes just so over her shoulders. I see her dab her fingers, glinting, in the water. I have seen her do a thousand such tricks a thousand times. My father always fell for them. He believed the world’s natural order was to please him.

“Who is that?” my father said to Oceanos.

Oceanos had many golden-eyed grandchildren from my father already, and was glad to think of more. “My daughter Perse. She is yours if you want her.”

The next day, my father found her by her fountain-pool in the upper world. It was a beautiful place, crowded with fat-headed narcissus, woven over with oak branches. There was no muck, no slimy frogs, only clean, round stones giving way to grass. Even my father, who cared nothing for the subtleties of nymph arts, admired it.

My mother knew he was coming. Frail she was, but crafty, with a mind like a spike-toothed eel. She saw where the path to power lay for such as her, and it was not in bastards and riverbank tumbles. When he stood before her, arrayed in his glory, she laughed at him. Lie with you? Why should I?

My father, of course, might have taken what he wanted. But Helios flattered himself that all women went eager to his bed, slave girls and divinities alike. His altars smoked with the proof, offerings from big-bellied mothers and happy by-blows.

“It is marriage,” she said to him, “or nothing. And if it is marriage, be sure: you may have what girls you like in the field, but you will bring none home, for only I will hold sway in your halls.”

Conditions, constrainment. These were novelties to my father, and gods love nothing more than novelty. “A bargain,” he said, and gave her a necklace to seal it, one of his own making, strung with beads of rarest amber. Later, when I was born, he gave her a second strand, and another for each of my three siblings. I do not know which she treasured more: the luminous beads themselves or the envy of her sisters when she wore them. I think she would have gone right on collecting them into eternity until they hung from her neck like a yoke on an ox if the high gods had not stopped her. By then they had learned what the four of us were. You may have other children, they told her, only not with him. But other husbands did not give amber beads. It was the only time I ever saw her weep.

At my birth, an aunt—I will spare you her name because my tale is full of aunts—washed and wrapped me. Another tended to my mother, painting the red back on her lips, brushing her hair with ivory combs. A third went to the door to admit my father.

“A girl,” my mother said to him, wrinkling her nose.

But my father did not mind his daughters, who were sweet-tempered and golden as the first press of olives. Men and gods paid dearly for the chance to breed from their blood, and my father’s treasury was said to rival that of the king of the gods himself. He placed his hand on my head in blessing.

“She will make a fair match,” he said.

“How fair?” my mother wanted to know. This might be consolation, if I could be traded for something better.

The revulsion was plain on her face. Once when I was young
Next > 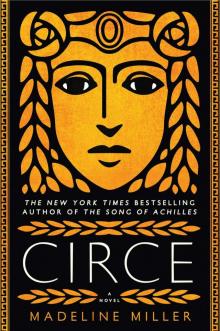 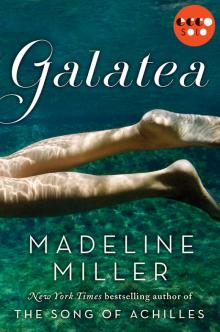 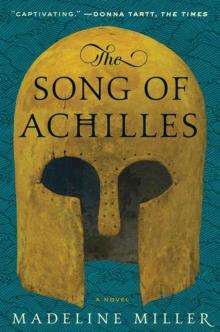